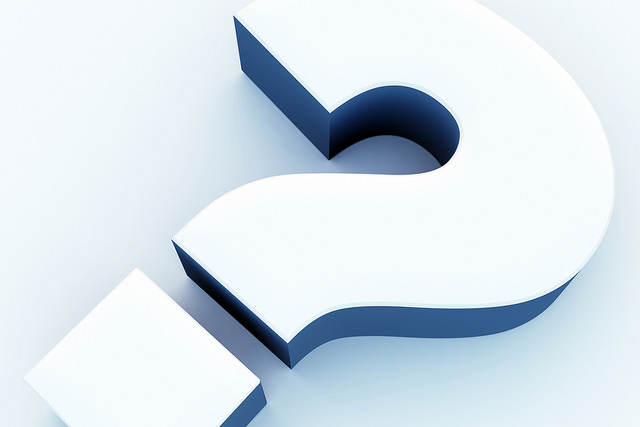 Huh. You don’t say. You know who else hates uncertainty? Pretty much everyone.

Take, my kids for example. I think it’s a hoot when they ask “what’s for dinner?” and I say “well tonight, it’s SURPRISE dinner.”

As in surprise, there’s no dinner.

I think that’s hysterical. Those guys? Not so much.

Others hate uncertainty too: parents wondering when their teens will get home, teachers waiting for that late assignment, outdoor concert planners wondering what a 30% chance of precipitation might mean.

It means get an event tent, people.

You know who else hates uncertainty? Your fundraising team.

I once had an executive director tell his nonprofit board (on which I sat) they needed to move forward with their burgeoning major gift program, even through the throes of staff turnover. Our major gift program relied on peer-to-peer interaction, and on those who gave at a high level to recruit others to their ranks. It also relied on staff to tell us who might be most likely to increase their gifts from previous years, who had been asked already, who had other recent interactions with the organization, and other relevant information.

But a vacancy in the role that was to support this program put my security as a volunteer fundraiser in question. If I asked a friend to give to the organization, and they did so, there was a chance it might take a while to process the gift, send out an acknowledgement, and make sure my friend received the promised recognition.

True, I could follow up with the donor on my own, sending my own thanks and then, once the new staff was in place, making sure the gift had been properly acknowledged and recognized. Would other volunteers on the team follow suit? Or would they just hang back on the calls they’d pledged to make until the staffing issues had been resolved?

If you’ve worked with volunteer fundraisers, you know it can be hard convincing someone they have the chops to ask for money. Throw in a circumstance that may leave a volunteer feeling vulnerable for having stuck their neck out for an organization, and you have even more of a motivational challenge on your hands.

No matter how noble the cause, or how exciting the possibilities, a breakdown in the machinery of any development program will undermine your volunteers’ excitement about spreading the good word and soliciting support for the work of your organization, leaving them feeling uncertain, and therefore vulnerable.

Among those things that can undermine your volunteer fundraiser’s motivation:

If your organization relies to any degree on volunteer fundraisers, know that every time they connect with others in their respective circles of influence, they’re putting their friendships, and possibly business reputations on the line.

If someone is reluctant to make a call they’ve promised to make, consider:

Eventually, at the organization for which I volunteer, everything was sorted out. Staff was hired and trained and their donor acknowledgement process returned to a smooth, responsive operation.

My kids, however, would still like to know what’s for dinner.

Interested in learning how to coach your fundraising team to reach its goals? Call 208-484-4424 or email beth@markley.com to learn more.